A History of Punctuation: The Semicolon

Aldus Manutius is a man with a claim to being the world’s greatest punctuator. Arguably, his most notable contribution to punctuation is the semicolon. He died just over five hundred years ago (in 1515). It is time to make his name better known.

Aldus Manutius was born in 1449 at Bassiano, not far from Rome, and he rose to fame as a printer in Venice. Venice, where Manutius set up shop in 1490, it was the richest city in Europe, a place of treasure, artists and artisans. Printing had already moved its centre from the northern states, where Caxton learned his trade, to Venice where Manutius was to become the leading printer of the Renaissance. He perfected the printing of Ancient Greek script and so brought to the market the texts that carried learning beyond its medieval limits. He designed the first italic fonts. He introduced the first printed semicolon.

Manutius was instrumental in creating a new reading public by folding the great folio pages of the old manuscript bibles first in half, then in quarters, and, finally, in eighths to produce the pocket books called octavos. Little books found ready readers in the men who slipped them into their jackets and the women who slipped them into their plackets. To produce those little books, Manutius could call on the great skill of Venetian font makers. Monks rarely wrote as small as printers could regularly print, but ever-smaller fonts came at a cost: they reduced reading speeds. A solution to that problem was to improve layouts and punctuation

Manutius regularized the use of the full stop, the colon and the comma. But, in addition to these pauses and stops, he wanted one midway between the comma and the colon. So it was, that a colon with the bottom dot replaced by a comma appeared in Pietro Bembo’s De Aetna, an account of the cardinal’s ascent of Mount Etna. It was published by Manutius in 1494 and in it, Manutius used the new punctuation mark to isolate subgroups in lists of words otherwise separated by commas. Today, such semicolons, now called ‘serial commas’, appear in lists that follow a colon. And semicolons are used in a similar serial fashion as separators of email addresses when a message is being sent to more than one person: aperson@hotmail.com;bperson@hotmail.com;cperson@hotmail.com. However, the use of the semicolon in email lists was a long way off in 1494.

Gradually, Manutius’s semicolon was adopted by Italian scholars, and it made its way slowly north to Paris and then to London. Ben Jonson is credited as the first Englishman to make regular use of it. By that date, many writers were not placing the semicolon as carefully as Manutius had done. That was leading to confusion.

Ben Jonson defined the semicolon as ‘a distinction of an imperfect sentence, wherein with somewhat a longer breath, the sentence following is included’. Ben Jonson’s use of the semicolon may strike the modern reader as eccentric, but Jonson was extraordinarily interested in punctuation, and, unlike William Shakespeare, he oversaw the printing of his works. He told the printers what to do when most writers saw punctuation as a job to be done by artisans. That long continued to be the attitude. Jane Austen and Lord Byron were elegantly slapdash.

Jonson was a self-consciously intellectual writer, and the semicolon was from the beginning the intellectual’s punctuation mark, and, in England at least, it began to take on a role more powerful than it had had in Venice. It became a substitute for a full stop: ‘He came; he saw; he conquered.’ Commas between such sentences would constitute an error of the kind abominated by American schoolteachers as ‘the comma splice’. A full stop might be demanded, but, overtime, Manutius’s invention gained strength.

The rules for the use of the semicolon have varied every century, and they vary from one publishing house to another. Oxford University Press publishes a stylebook, New Hart’s Rules, which ties itself in knots explaining when to use and when not to use the semicolon: ‘When one clause explains another, a semicolon is more suitable’; here and there ‘the semicolon can replace a full point’; ‘use a semicolon to clarify the relationship of the components’; ‘Archaic semicolons’ in titles may be replaced by commas. New Hart’s Rules works for fulltime editors whose continuing employment depends on the perfect punctuation of Oxford’s publications, but while old Mr Horace Hart’s rules were set out in a twenty-four page booklet in 1893, New Hart’s Rules runs to over four hundred pages with two support volumes in addition. That is a little too much information for the everyday punctuator.

A recent commentator on the semicolon, the New Yorker journalist and Australian critic Ann Heyward, entitled her article: ‘Ugly, Ugly as a Tick on a Dog’s Belly’. That brutal description of Manutius’s punctuational masterpiece was Mark Twain’s comment on the semicolon. ‘Tracking its evolution and its uses,’ says Heyward, ‘means looking at the history of reading in the West, and the little semicolon comes across like reading itself: private and ungovernable, dangerous, utilitarian, exorbitant.’

Heyward does not credit Aldus Manutius with the creation of the semicolon; she merely notes that he is the first person to use it in a printed book. She tracks its origins to the manuscripts of antiquity, but Manutius’s contribution to punctuation is not to be dismissed easily. The introduction (or the reintroduction) of the semicolon less than sixty years after the invention of printing was an indication that printing was changing the behaviour of readers.

Manuscripts were usually read aloud, and their punctuation was an aid to breathing, something like a musical notation. A monkish library sounded like a beehive on a sunny day with a constant murmur, whisper and buzz. Saint Augustine of Hippo reported with astonished admiration that Saint Ambrose’s ‘eyes scanned the page and his heart sought out the meaning, but his voice was silent and his tongue was still.’ Fellow monks did not know what to make of such silent reading. But, in due course, Aldus Manutius did know what to make of it: punctuation for silent reading needed an emphasis on clauses not pauses.

Aldus Manutius’s punctuation provided a powerful aid for the silent reader. Mark Twain might have thought of the semicolon as ‘a tick on a dog’s belly’, but there are 1,562 semicolons in the Gutenberg Project’s electronic edition of Huckleberry Finn and plenty enough in the first print edition of 1884. They greatly improve the ease of reading that mighty novel.

Next month, the English Project will tell the story of the colon. 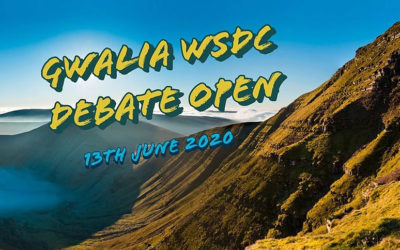 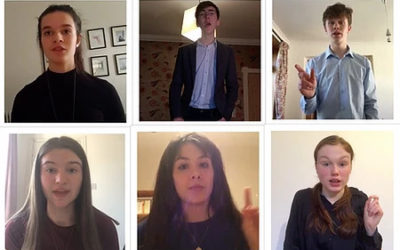